Have you ever wondered how to get paid to work out, and if there is such a thing? The answer is: absolutely! Let’s dive together into this list of apps that actually pay you to exercise.

One of the things that I do is always trying to find apps that can create a passive income. Don’t get me wrong, I like working, and I think that a man needs to work to stay healthy and sane. But, unfortunately, not many of us have a job that makes us happy and can provide sufficient income to put food on the table. That’s why I’m always on the hunt for passive income with the blogs I created, affiliate marketing, and anything I can get my hands on.

I like sports and I try to lead a healthy life. So, I thought: How to get paid to work out? I work out at least 4,5 times per week, I ride my bicycle every day. Wouldn’t it be awesome to be able to make money by just doing what I usually do?

And I have found a bunch of apps that answer that question “How to get paid to work out?”.

HealthyWage – How to Get Paid to Workout App #1

HealthyWage is an app that allows you to earn money by betting on your weight loss.

Although it cannot be considered gambling, there is still a risk involved since you’re betting your own money to back your weight loss journey. However, it’s completely up to you how much weight you will lose, so there is no luck involved.

You sign up and use the HealthyWage calculator to see how much money you can win based on the weight loss goal and the time frame.

The time frame has to be between 6 and 18 months, and altering these variables may impact your earnings.

If you beat your goal, you win money. HealthyWage is a high-stakes yet effective way to make money by getting fit.

Some HealthyWage bets can pay thousands of dollars, and there’s the possibility to earn $10,000 on team challenges as well.

Sweatcoin is one of the most notable fitness apps that pay you to work out.

The app is cryptocurrency-based and rewards its users with Sweatcoins that you can later trade for gift cards and different rewards.

Sweatcoin was featured on Forbes, the Daily Mail, The Telegraph, and has become very popular all over the world. Sweatcoin has exploded in the UK and the US and is also available in Ireland, Italy, Spain, France, Canada, and Australia.

All you have to do is have the app installed on your phone and start exercising outside.

And, how much is a Sweatcoin worth?

Get Paid to Workout App #3 – Achievement

Achievement is a very popular fitness app. However, I think it’s only beneficial to people who are really, really active.

You need 10,000 points to cash out with Achievement, which is pretty grim considering I manage to earn only about 6 points per day.

Achievement rewards up to 80 points a day for tracked activities such as biking, swimming, or running, but you must actively track these metrics through a variety of apps or systems.

Unless you are actively training and tracking your stats, you won’t earn anything. If you earned 80 points a day, you’d make about $30 a year.

You won’t be able to earn a dime with Charity Miles, but you can send the money that you make to a variety of charitable organizations that you choose.

For every mile you run or walk, you can make up to $0.25 and send it to the charity of your choice. You can also make money by riding your bicycle, but you’d be making $ 0.10 per mile.

Here are some of the charities supported by Charity Miles:

StepBet works in almost the same way as HealthyWage in that you can make money by betting on yourself.

Users pay up to enter a fitness challenge with other players (usually around $40) and participate in bets that last around 6 weeks.

You will be assigned goals based on your historical activity levels and weight loss targets, and you are required to meet your goals for several consecutive weeks to remain in the pool.

If you make it to the end, you split the winnings with the remaining players (minus a percentage StepBet takes), and then you can jump to the next fitness challenge.

As a non-member, you are allowed to play one bet at a time, while StepBet members who pay the $50/year membership can participate in up to 3 challenges at the same time.

Lympo – Get Paid to Workout App #6

A new player in the fitness app industry, Lympo rewards users for living a healthy lifestyle in exchange for collecting user data and marketing to them throughout the process.

You can earn LYM tokens and exchange them for merchandise from different retailers in the health and fitness industry.

Since some businesses set challenges, you have the opportunity to earn even more tokens as you progress.

Just like Sweatcoin, LifeCoin is an app that rewards you with in-app currency; Lifecoins.

You can earn coins for walking outdoors, and trade your coins for prizes (gift cards or discounted merchandise). It is basically a carbon copy of SweatCoin.

One downside is that it will take you much longer to earn enough to be able to redeem a gift card ($50). On the upside, you have the possibilty to get low-tier prizes, unlike when you use the majority of other fitness apps, which generally have massive prizes and no lower-tier options.

PK Rewards is an effective and simple way to get you motivated on your health and fitness journey.

You can connect the PK Rewards app to a Apple Watch or other supported Bluetooth trackers to start monitoring your exercise levels.

When you’re done with your workout, you’re awarded with an Effort Score based on the intensity and rceive coins based on your score.

The variety of prizes you can redeem is huge (Amazon, and much more).

If you’re looking for a passive app that will track and reward your exercise, the WinWalk is the right app for you.

It is a free Android app that starts measuring how many steps per day you walk as soon as you install it.

There’s a variety of gift cards you can get, from different companies.

There are also other ways that you can make money with WinWalk; answering surveys, watching ads, and downloading new mobile apps.

If you are wondering how to get paid to work out, and you’re looking for a more serious app, Runtopia might just be the thing for you. It allows you to set goals for running, walking, and cycling, and you can listen to a coach while you’re exercising.

As you work out or complete daily challenges, you earn Sports coins, which you trade for upgraded membership, prizes, discounts, or PayPal rewards.

Runtopia will not make you a millionaire, but if you combine it with other fitness apps, you might be able to earn decent pocket money each month.

FitPotato – How to get paid to work out App #11

FitPotato is another betting fitness app.

It’s an IOS-only app, and much like STepBet, it has weekly challenges that you can enter for only $5.

You have to finish at least 3 fitness sessions within a given FitPotato challenge week, and by doing so, you’re considered a winner. A fitness session requires you to make at least 10,000 steps within 24 hours, which isn’t too unrealistic.

Just like StepBet users, winners split the prize pool at the end of the week.

FitPotato is a smaller app. This means that the prize pools are generally smaller, but you split the pot with fewer winners!

Step Younger is a pedometer app that helps you track your step count while also working towards puzzle pieces and spin entries for free prizes.

It’s available for both Android and IOS and is getting more, and more popular.

The most popular prizes are Amazon gift cards (up to $100).

Step Younger seems similar to Sweatcoin in that while there are some flashy prizes, it will probably take you quite a few weeks to actually redeem anything. So, keep this in mind and have realistic expectations!

None of the apps that are out there today are going to make you rich, but if you use several of them combined you will still be able to make some decent pocket money on the side.

The other thing that I think is very important is the fact that these apps motivate people and encourage them to lead a healthier life, which is a good thing in anybody’s book.

Yes, you will pay a small price – give away your user data, but I think that’s a fair trade.

Plus, these apps should be just a small portion of your side hussles, and they’ll get you exercizing and moving.

The whole point is to stay motivated and active; if you can make some extra cash on the side, that’s just a plus! 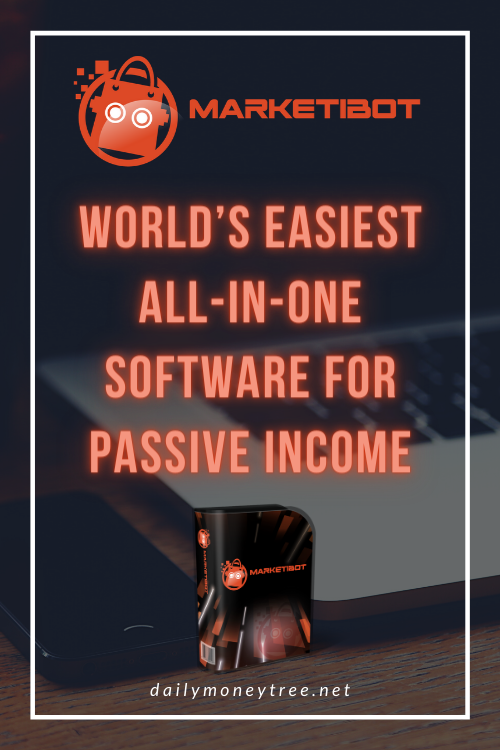 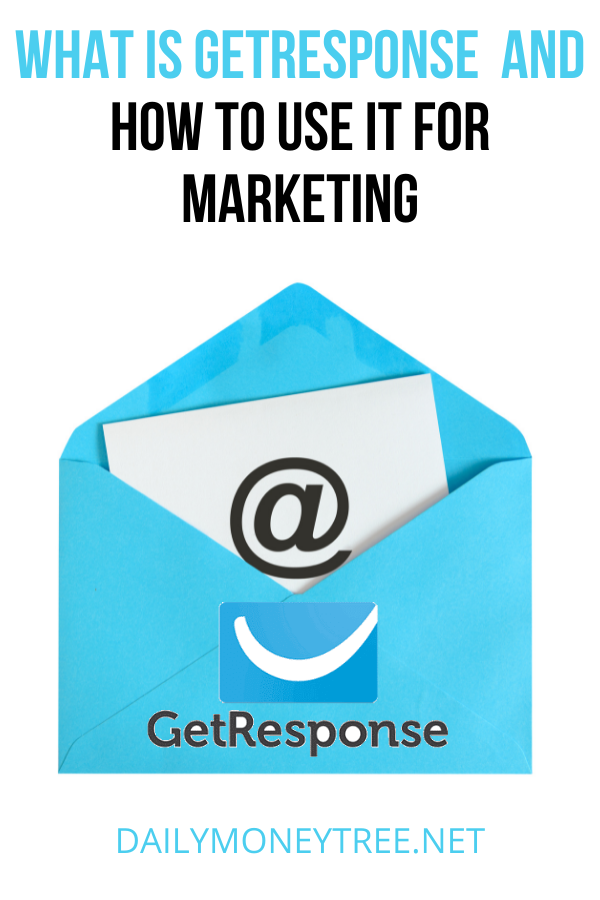 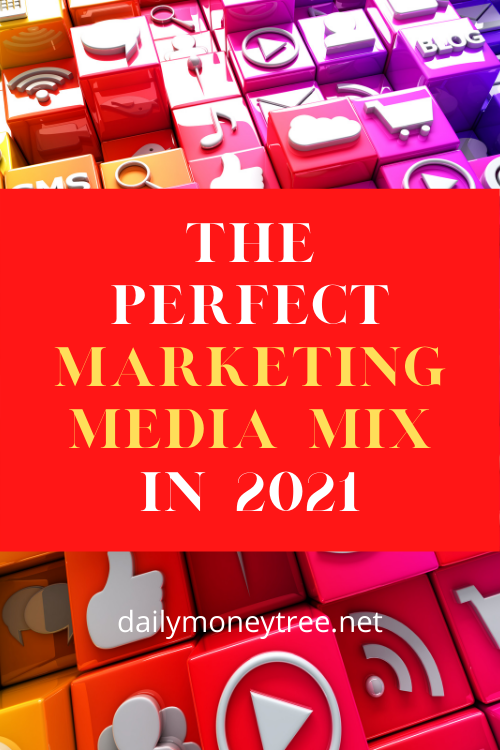